Primarily, historians analyze artifacts from the past to derive lessons about the present.

The History major prepares students to become knowledgeable, impactful, and employable 21st century citizens. History students develop marketable and meaningful skills, including the ability to discover, collect, and prioritize data; differentiate between and decipher meaning from primary and secondary sources; construct conclusions from numerous interpretative lenses and global perspectives; convey, through both written and verbal communication, meaningful conclusions; distinguish between persuasive and unpersuasive arguments; argue persuasively; and differentiate fact from opinion. Students appreciate their place as a global citizen and their global cultural heritage. Majors may concentrate in either Cultural History or Contemporary History. Career opportunities exceed academic and teaching careers to encompass fields of government, the military, foreign relations, museum curators, librarians, private sector researchers, or as training to study law.

The American Historical Association (AHA) is the largest professional organization in the United States devoted to the study and promotion of history and historical thinking. Only the AHA brings together historians from all specializations and professions, embracing their breadth, variety, and ever-changing activity.

Being a member of the American Historical Association gives you access not only to our expanded menu of individual benefits including invaluable publications, resources, and discounts, but also to a diverse and vibrant network of more than 14,000 historians. Your membership supports the Association’s crucial advocacy work on behalf of the discipline and helps us to provide leadership on current issues such as academic freedom, access to archives, and the centrality of history to public culture.

Finlandia believes it is important for the student to be exposed to the world. By fostering exchange relations with foreign learning institutions we are able to bring experts from around the world to teach on campus and offer students the opportunity to attend college overseas.

Examines sculpture, architecture, and painting from pre-history through the medieval periods of Western Civilization. It also explores the arts of non-Western cultures. Fall semesters.

Explores sculpture, architecture, painting, and other art forms of Western and non-Western cultures from the Gothic period to the early 20th century. Spring semesters.

Employs a global perspective to examine the transformative nature and diversity of human experience from pre-historic societies through the 16th century. Political, economic, social, and cultural phenomena associated with the beginnings of human society, early civilizations, the emergence of pastoral peoples, classical traditions, world religions, and empires are surveyed. Fall semester, odd years.

Explores how different societies have responded to common concerns since 1500 C.E. Reveals the rise of the “West” and its impact as circumstantial rather than predetermined. Surveys the ways in which Western imperialism was uneven, subject to resistance, and colored by indigenous practice and agency. Special consideration is directed to critiques of “globalization” and its relationship to social justice, human rights, and cultural diversity. Spring semester, even years.

The history of the United States from the pre-contact period through the colonial encounter, the Age of Revolution, the early national period, the sectional crisis, the Civil War, to the close of Reconstruction. It examines the political, economic, ideological, socio-cultural, territorial-environmental, and demographic development of American society from both local and global perspectives. Fall semester, even years.

The history of the United States from the end of Reconstruction through the Nadir, the Industrial Age, transformations associated with urbanization, World Wars, the Great Depression, the Post War period, the Civil Rights Movement, to the new millennium’s intensifying global exchanges. Examines the political, economic, ideological, socio-cultural, territorial-environmental, and demographic development of modern American society from both national and global perspectives. Spring semester, odd years.

Utilizes films, along with primary and secondary sources, to examine a special topic in history. Topics include: The Atomic Age, America in the 1970s, America in the 1980s, Cold War America, and Women and Gender History. Fall semester, odd years.

A cultural/social/political/economic history of America and of globalization, all through the lens of postwar popular music. Topics include: race relations, identity politics, sexuality and gender, drug use, poverty, censorship, globalization, and transnational protest movements. Spring semester, even years.

Survey of major movements and modern perspectives in 20th and 21st century art. Media Art consisting of photography, video and computer generated imagery will also be discussed. The social and political context of each is examined. Fall semesters. Prerequisite: HIS 103 or HIS 203.

Examines the growth of the U.S. economy as a whole, with special emphasis on: technological innovation; entrepreneurship; business structures; economic theory; political economy; marketing and mass media; business cycles; depressions and recessions; business trends; and the major innovators in US business history. Spring semester, odd years. Prerequisite: HIS 205, 206, 211, 212 or BUS 138.

The Cold War was the post-WWII struggle between the United States and the Soviet Union for global, economic, ideological, and cultural hegemony. Course topics include political leaders, social movements, cultural trends, intellectuals in action, technological innovations, foreign policy, covert-ops, and legacies in American life. Fall semester, even years. Prerequisite: HIS 205, 206, 211 or 212.

Offers an opportunity to explore topics either not found or only lightly touched on in history courses. Topics may include U.S. history from the 1960s to the 1990s, nationalism in the modern world, modern Russian history, oral history, and history of the Upper Peninsula and the Copper Country. Offered as needed.

A regional history that examines the political/cultural/social/religious history of the Middle East. Topics include: Islam; the Crusades; Women and Gender in the Middle East; the Gunpowder Empires; Orientalism; WW I and colonialism; Oil; Sufism; Radical Islam; Representations of the Middle East in popular culture; the Israeli-Palestinian conflict; Persian Gulf Wars. Spring semester, odd years or as needed. Prerequisite: HIS 205 or HIS 206.

Examines women’s experiences in modern global history, with an emphasis on America, Europe, and the Middle East. Major themes include: Gender and its construction; women and work; gender in the age of total war; suffrage; modern politics; feminism and its discontents; & representations in pop culture. Fall semester, odd years. Prerequisite: Must have taken one or more 200-level history course.

An overview that spans human activity from prehistoric antiquity to the unfolding of design and culture of the 21st Century. Artistic, social, political, and economic issues that have stimulated a design response are explored. Emphasis is on how individual and collective human needs and wants have dictated design, and how, in turn, design then influences human behavior. Spring semesters.

HIS 407 HISTORIOGRAPHY AND RESEARCH METHODS (3)

Students learn to do the work of a historian. Topics include: historiography (study of history and the field’s philosophy), methodology, archival research, and historical writing. Course concludes with students’ own research project and writing; class works collectively in the writing and revision process. Offered as needed. Prerequisites: Declared history major; HIS 205, 206, 211, 212, and at least one 300-level course.

Prepares students for HIS 499 Senior Capstone. Students will be introduced to the requirements of the capstone experience, determine their topic, and develop a prospectus. Offered as needed. Prerequisite: Senior standing and instructor permission.

HIS 499 SENIOR CAPSTONE PROJECT IN HISTORY (3)

Students prepare a research paper, design a research project, or participate in an internship experience. The focus is on topics of interest to the student, and the paper or project is intended to demonstrate the student’s ability to synthesize and apply knowledge. Offered as needed. Prerequisites: Senior status and instructor permission.

What you will learn

Graduates will be able to: 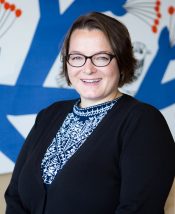 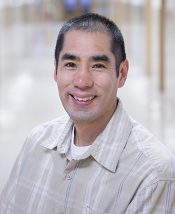 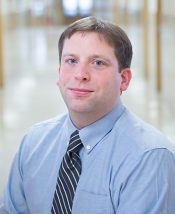