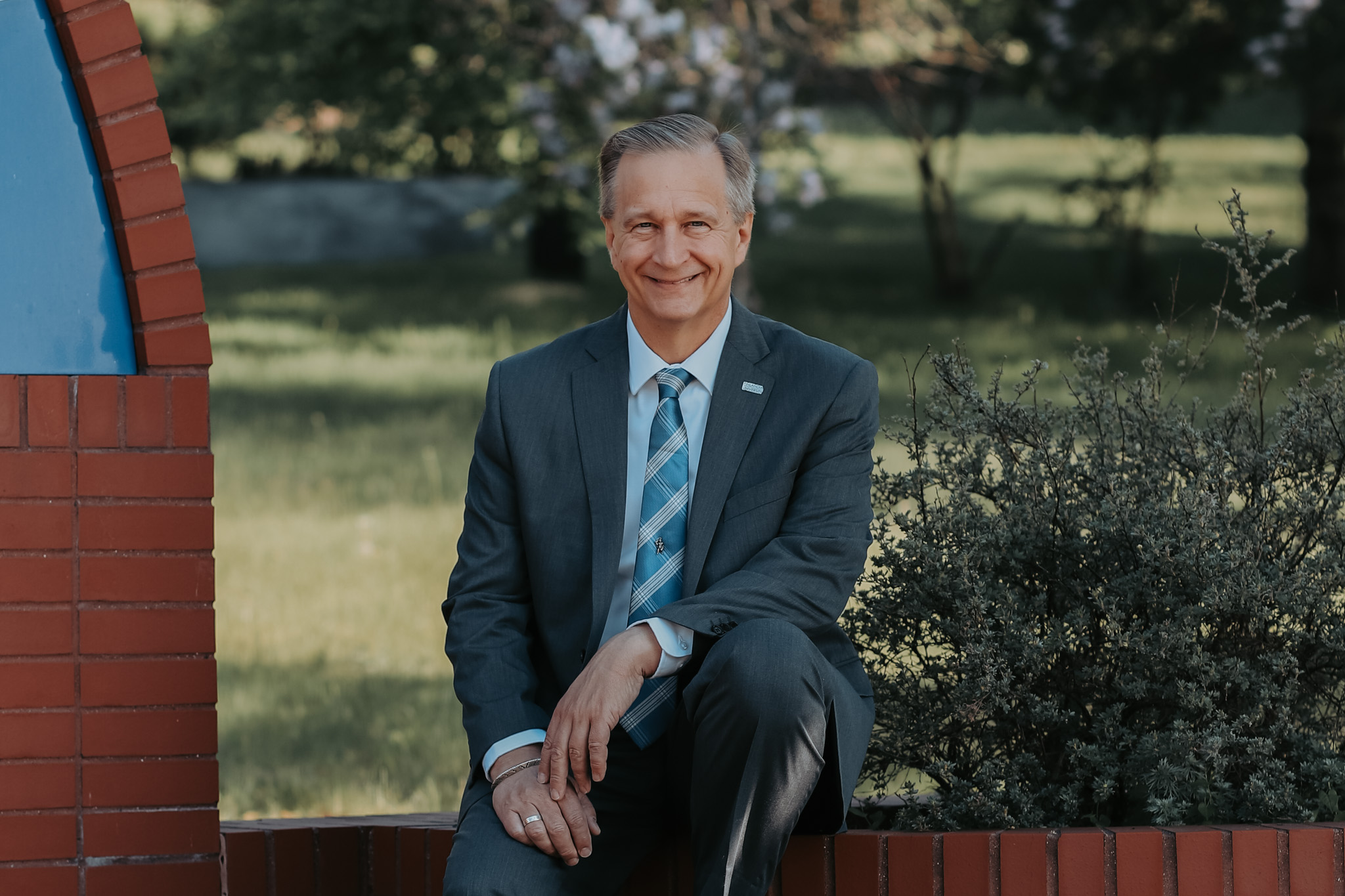 Finlandia University has elected Tim Pinnow, Senior Vice President for Strategic Initiatives at Colorado Mesa University (CMU), as its 17th president following a unanimous vote by the University’s Board of Trustees. He will assume his presidency on July 1, 2022.

The Board’s selection of Finlandia’s President-elect follows a five-month nationwide search led by the University’s Presidential Search Committee, with professional support from the national executive search firm, Academic Search. The committee, chaired by board member Dr. Michael Nakkula, worked extensively with Academic Search, which has completed more than 2,000 executive searches, including more than 560 presidential, vice presidential and dean searches over the past five years.

“The search committee was fortunate to find four exceptional candidates who were finalists for the position. Tim emerged as the search committee’s choice, as well as the campus’s, based on the strong connections he made with faculty, staff, alumni and the larger community,” Nakkula said.

Pinnow is a recognized leader in higher education and has held several senior leadership roles since joining CMU in 2010. At CMU, Pinnow led and managed identified growth areas including online programs, graduate studies, industry partnerships, sponsored programs, institutional research and non-traditional students. As Founding Director of Graduate Studies, he helped in the creation of eight new graduate programs during his six-year tenure including Physical Therapy, Physician’s Assistant and Social Work.  He oversaw budgetary responsibility for more than $20,000,000, served as program director for more than $11,000,000 in CARES Act Institutional Funds, and increased awarding of sponsored programs by 200 percent in three years. Prof. Pinnow also has been active in fundraising at both CMU and in his previous position as Artistic Director of the American Southwest Theatre Company at New Mexico State University. He graduated from Luther College and completed a Master of Fine Arts degree at the University of Florida in Theatre Performance before beginning his teaching career at St. Olaf College. Following that experience, he spent fifteen years at New Mexico State University moving through the academic ranks to Full Professor.

“I am deeply humbled and appreciative of this opportunity to serve with the Board of Trustees, the faculty, staff, and students of Finlandia University. Together, we seek to position Finlandia for a prosperous and significant future as it honors its traditions and heritage while adjusting to the current changes in higher education.  As we move forward together, we will seek to make Finlandia University’s next 125 years even greater than its first.”

Pinnow also has deep roots in Finlandia, formerly Suomi College, having previously visited Suomi’s campus at the age of 16 and 17 for a summer leadership camp for Lutheran youth. It wasn’t long after that Pinnow began his career in higher education at St. Olaf College, a private liberal arts college in Northfield, Minnesota that, like Finlandia, shares an affiliation with the Evangelical Lutheran Church in America.

Regarding his experiences at Suomi, Pinnow stated, “It is no stretch to say that my experiences those two summers on the campus led me to discover at a very deep level that I was destined for a life of service.  While I didn’t realize until later that service would be in higher education, the essence of the person I want to be was laid during those summers.  I will admit to even becoming a little emotional several times during my visit after returning to the campus after 40 years.“

Pinnow will succeed President Philip Johnson, who has served as Finlandia’s president since 2007.