Lion Around is a student hosted podcast that discusses all things college and more. Each episode will find the student hosts in a different spot on Finlandia University’s campus to ruminate about their chosen topic. Episodes will be available to stream every couple weeks. Subscribe to Lion Around on your favorite podcast app or website to catch every episode. 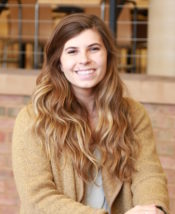 Have a topic idea our student hosts should talk about? Leave us a message at lionaround@finlandia.edu

Episodes of Lion Around